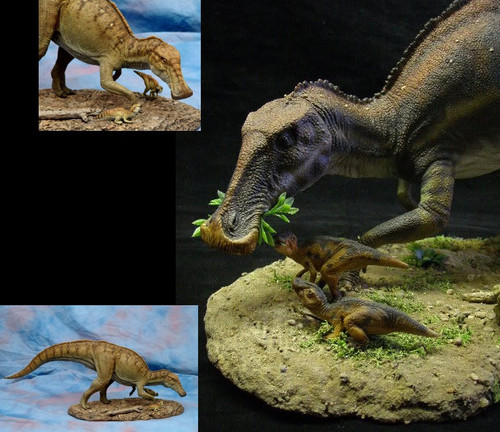 Discontinued 2013
The ornithopod presently known as Anatotitan has undergone several name changes since its discovery, yet this has only served to heighten the animal's popularity.  It has since appeared in numerous reconstructions, both in museum exhibits and popular media imagery.  Like many hadrosaurs, the Anatotian was believed to have been an active parent.  This depiction by Shane Foulkes emphasizes the nurturing instincts of the herbivore, gingerly grazing while a pair of juveniles scurry nearby.