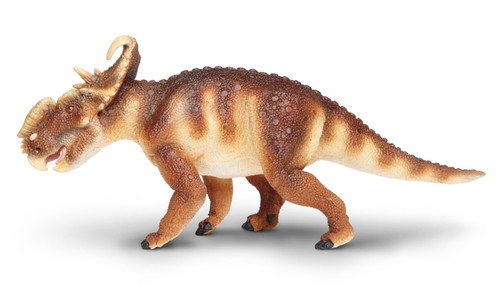 The Pachyrhinosaurus is one of the best-studied of the horned dinosaurs, sometimes referred to as the "Triceratops of Canada". It appeared in Disney's "Dinosaur" film, as well as the "Walking With Dinosaurs 3D" movie, which helped to bolster the herbivore's popularity. It can be recognized by the distinctive bony bosses along the snout, which may have been useful as a battering weapon, or in courtship displays.