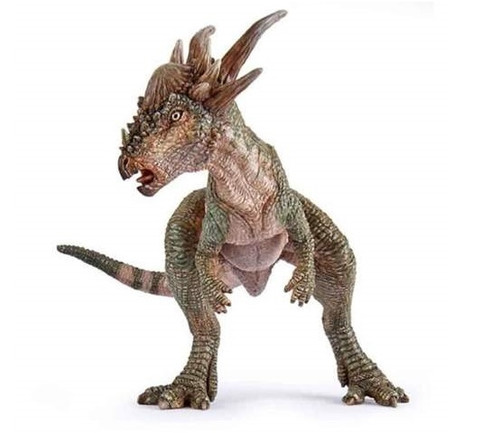 For many years, the only dome-headed dinosaur available in the Papo prehistoric series was a small Pachycephalosaurus, a popular design with brown and blue patterns based on the animal's portrayal in The Lost World: Jurassic Park. Following its appearance in Jurassic World: Fallen Kingdom, the manufacturer released this reconstruction of Stygimoloch. Its name is derived from the Greek mythological river of the underworld, though it was in actuality a herbivorous animal that likely only attacked when threatened.