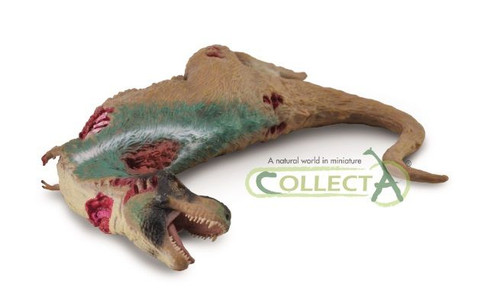 "I designed Tyrannosaurus as prey in order to show that however fearsome a carnivore may appear, it is likely to end up in the food chain eventually. It also shows that Tyrannosaurus faced death at the hands of its own species especially during mating and the body shows damage caused by another Tyrannosaurus based on bite marks identified in the same areas on other fossils."