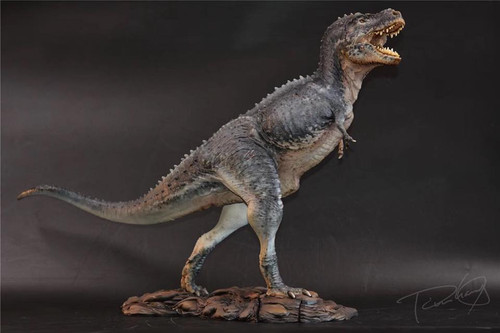 After many years out of production, acclaimed sculptor David Krentz has reissued one of his most requested pieces, the majestic "Rex Mundi" model. The moniker means "King of the World" in Latin, and the predator is resplendent in textural detail with a multitude of battle scars. Cooled lava cracks under the animal's weight, rearing skyward in a mighty roar.

This model may require several weeks to cast. Like all resin kits, it ships disassembled and unpainted, and may be sent to a professional buildup artist upon request.