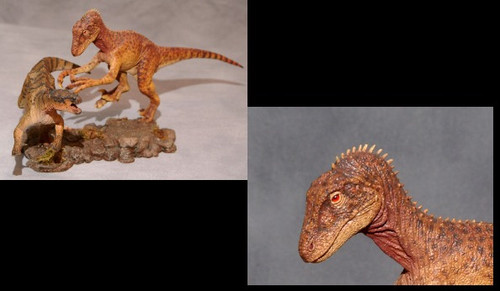 Discontinued 2017
Shane Foulkes presents this model kit depicting two dinosaurs on the verge of violent action.  The fearsome Utahraptor launches itself at a juvenile Iguanodon, attacking the herbivore with powerful forearms and sickle-clawed feet.  This diorama-style kit contains both animals, as well as a base for mounting, making it one of the best values in the entire lineup of Foulkes models.