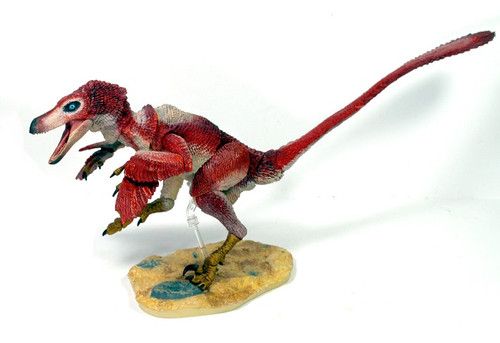 Velociraptor osmolskae by Beasts of the Mesozoic

The lesser known of the two Velociraptor species, it too used to inhabit the Mongolian deserts and is presumed to have had a very similar anatomical appearance to Velociraptor mongoliensis with its long and low skull, an upturned snout, and deadly toe claws. This figure is approximately 12" long x 5" tall has 26 points of articulation and includes a base, posing rod, and interchangeable closed running toes.