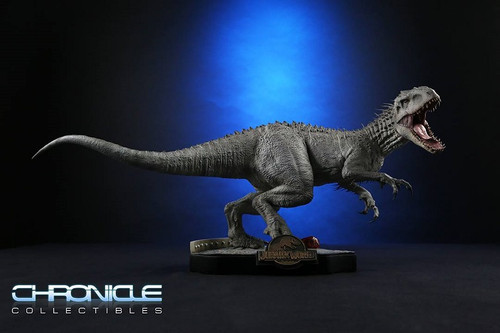 The Indominus Rex is the first of two installments of this Final Battle. The second segment will be available for pre-order at a later date. The bases will align to create the diorama of the battle scene, or the two products can be displayed separately in the dynamic poses designed by Glen McIntosh from Industrial Light and Magic. Glen was the Animation Supervisor responsible for the Indominus Rex on Jurassic World and has been instrumental in bringing this diorama to life. The Indominus Rex is roughly 30″ long and 12″ tall on her own, so put together the entire diorama will be about five feet long.