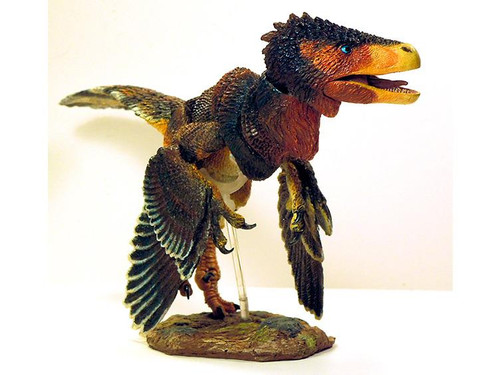 Zhenyuanlong (Fan's Choice version) by Beasts of the Mesozoic

Fans Choice Zhenyuanlong suni (Zhenyuan's Dragon) - Noteworthy for its long arm and tail feathers, Zhenyuanlong was a dinosaur that closely resembled a bird. Despite this, its short arms would not have allowed it to fly and it remains a mystery as to what it used its large feathers for. This figure will be approximately 12" long x 5" tall having 26 points of articulation and will include a base, posing rod, and interchangeable closed running toes.