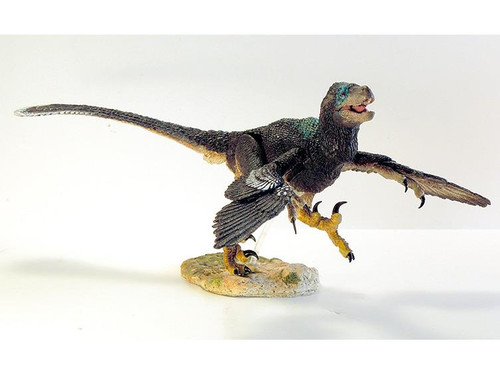 Balaur by Beasts of the Mesozoic

Balaur bondoc (Stocky dragon) - Once thought to be a Dromaeosaurid, Balaur is now officially classified as a bird. Balaur is known for having two sickle-shaped claws on each foot, and its limbs were proportionally shorter and heavier than those of its relatives. This figure is approximately 12" long x 5" tall has 28 points of articulation and includes a base, posing rod, and interchangeable closed running toes.