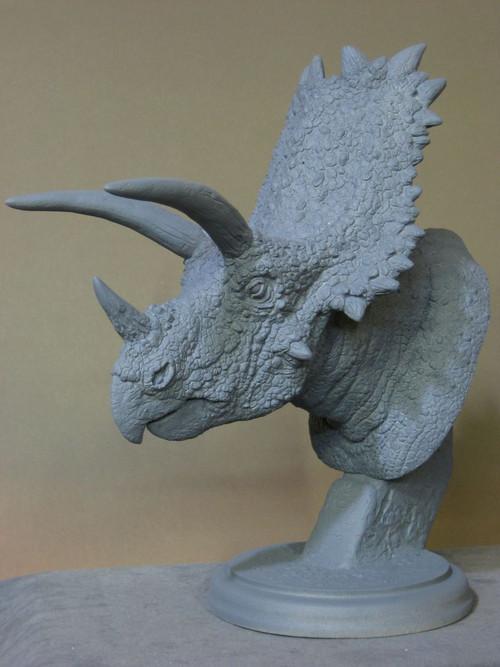 Acclaimed paleoartist Tony McVey was well known to the prehistoric model "garage kit" market throughout the nineties, and provided the Sideshow Dinosauria line with his superb Spinosaurus sculpt in 2009. McVey joined Dan's Dinosaurs in 2013 to release a new line of resin models. In 2015, McVey also offered this limited edition bust featuring Chasmosaurus in resplendent detail.