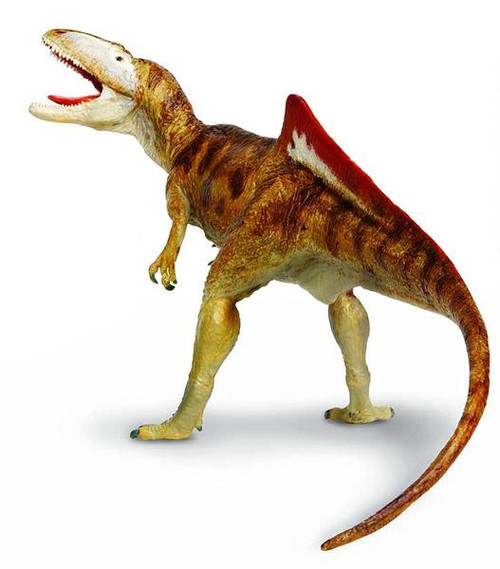 An exotic carcharodontosaurid from Spain.
Discovered in central Spain in 2010, Concavenator was a Cretaceous Period meat eater with a distinctive hump on its back. The hump was formed mostly by two backbones that were taller than the rest. Scientists are unsure what the hump was for, but it may have been for energy storage or display (to attract a mate or scare away a rival, for example). Concavenator is an early member of the Carcharodontosauria, the predatory dinosaur group that also includes Acrocanthosaurus and Giganotosaurus. Some carcharodontosaurs were among the largest meat-eating land animals that have ever lived.

Join Dan's Dinosaurs on Facebook for updates on new releases