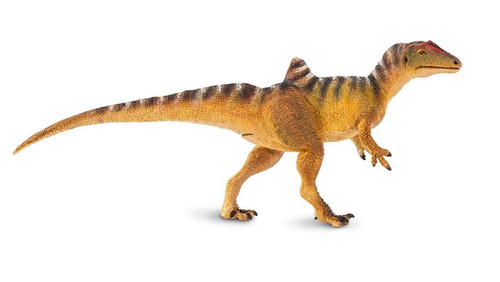 Concavenator was discovered at the La Hoyas fossil site, near the province of Cuenca, Spain, in 2010. This unique dinosaur was an early relative of Carcharodontosaurus, Acrocanthosaurus, and Giganotosaurus. Concavenator had many unique features, including extra tall vertebrae (backbones) near its hips that could have supported a hump or sail that the dinosaur may have used for display purposes. Its arms also featured structures called “quill knobs” which today are found in birds. Though research does not indicate that Concavenator had feathers, it may have had hollow quills on its arms.