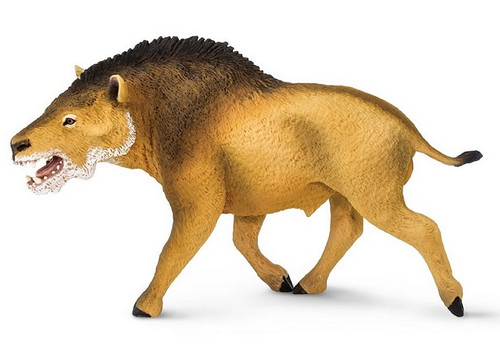 Daeodon was discovered in 1878 by paleontologist Edward Drinker Cope, but was not classified as an entelodont until some 30 years later. Many other genera, including Dinohyus, would later be folded into the Daeodon genus. Daeodon shoshonensis was the largest known entelodont, standing almost six feet tall at the shoulder. Its teeth and cheekbones were quite unique among entelodonts, and its exact relation to other members of the family is still not very well understood.