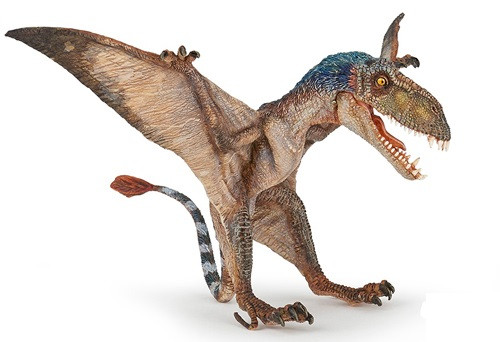 Dimorphodon became the third flying reptile or "pterosaur" to join the Papo prehistoric line in 2017. It was discontinued just one year after its release. While pterosaurs like Dimorphodon were not technically dinosaurs, they lived during the Mesozoic and have become extraordinarily popular among prehistoric model collectors. The Dimorphodon gained further recognition when it was featured in "Jurassic World". This model features an articulated jaw which can be open and shut.