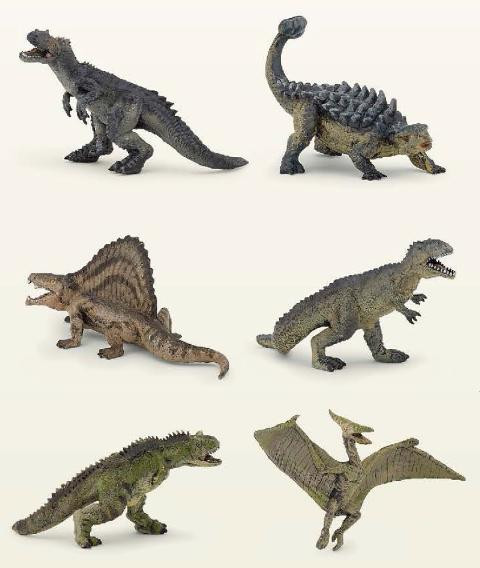 This second edition of the Papo Dinosaur Mini Tub figures includes 6 miniature versions of Papo's standard sized figures. The set features Dimetrodon, Allosaurus, Carnotaurus, Pteranodon, Ankylosaurus, and one mystery dinosaur that has not yet been identified by the manufacturer. This is believed to be a Giganotosaurus, or at the very least based on a model that was originally planned for Papo's 2015 lineup.