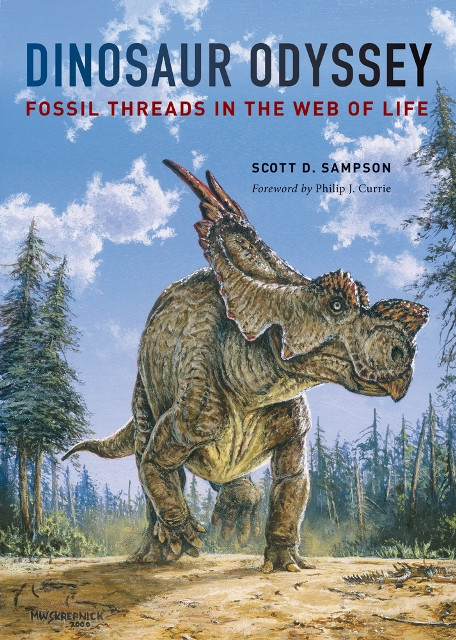 This captivating book, laced with evocative anecdotes from the field, gives the first holistic, up-to-date overview of dinosaurs and their world for a wide audience of readers. Situating these fascinating animals in a broad ecological and evolutionary context, leading dinosaur expert Scott D. Sampson fills us in on the exhilarating discoveries of the past twenty-five years, the most active period in the history of dinosaur paleontology, during which more “new” species were named than in all prior history. With these discoveries—and the most recent controversies—in mind, Sampson reconstructs the odyssey of the dinosaurs from their humble origins on the supercontinent Pangaea, to their reign as the largest animals the planet has ever known, and finally to their abrupt demise. Much more than the story of who ate whom way back when, Dinosaur Odyssey places dinosaurs in an expansive web of relationships with other organisms and demonstrates how they provide a powerful lens through which to observe the entire natural world. Addressing topics such as extinction, global warming, and energy flow, Dinosaur Odyssey finds that the dinosaurs' story is, in fact, a major chapter in our own story.