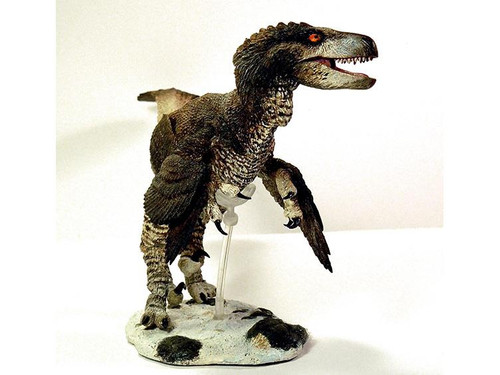 Dromaeosaurus (Original 2017 version) by Beasts of the Mesozoic

Dromaeosaurus albertensis (running lizard) - With a bite nearly three times as powerful as Velociraptor, Dromaeosaurus relied more on its jaws than on its sickle toe-claws to kill its prey. This figure will be approximately 12" long x 5" tall having 26 points of articulation and will include a base, posing rod, and interchangeable closed running toes.

Note: This version was discontinued and replaced with a new paint version in 2019.