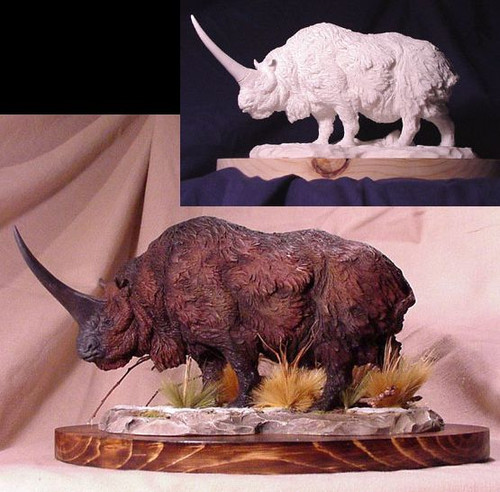 The Pleistocene rhino in a resin kit.
Also known as the "Steppe Rhinoceros", this Pleistocene giant had longer legs than its relatives, which likely afforded it greater speed. This reconstruction by Sean Cooper offers a complete study of the animal as it may have appeared during its lifetime.