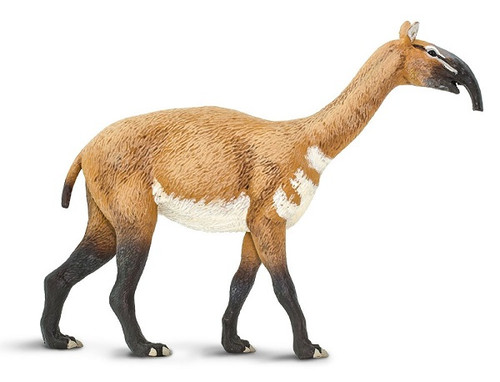 Macrauchenia has features similar to giraffes, elephants and camels, though it is not closely related to any of those groups. The first fossils were discovered by Charles Darwin in Patagonia in 1834, and were incorrectly assumed to be a type of Mastodon. Darwin was not an expert on the subject of paleontology, so it wasn’t until the remains were examined by Sir Richard Owen that the animal was described more accurately as a slender, llama-like animal. The nostrils of Macrauchenia are situated on the top of its skull, suggesting that it likely possessed a short trunk. Recent studies into Macrauchenia samples have found that they are true ungulates (hoofed mammals).