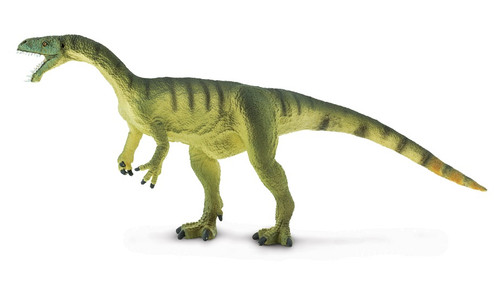 Masiakasaurus knofleri was named after the Dire Straits musician Mark Knopfler, whose music was played during the palaeontological excavation of this exotic animal. It is noted for its unusual jaw shape, which projects the teeth forward from the skull. This would have allowed Masiakasaurus to strike with precision in capturing smaller prey items, such as fish.