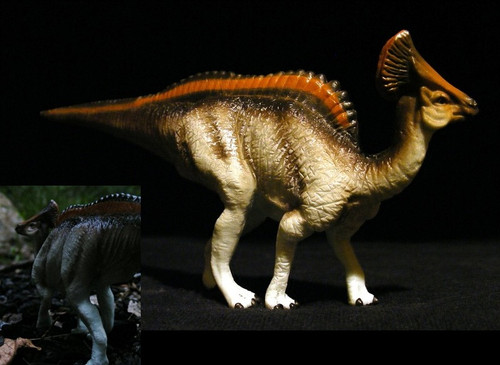 A replica of the rare Russian hadrosaur.
Joining Procon CollectA's line of standard sized figures for their new 2009 lineup is this six inch figure of the exotic hadrosaur, Olorotitan. This species of Russian dinosaur is rarely depicted in figure form, and its debut in CollectA's prehistoric figure line heralds a new trend of dedication to paleontological authenticity for the manufacturer. The disctinctive fan-like crest on the head of Olorotitan likely functioned in display, and may have provided additional resonance for calling to other members of its herd.