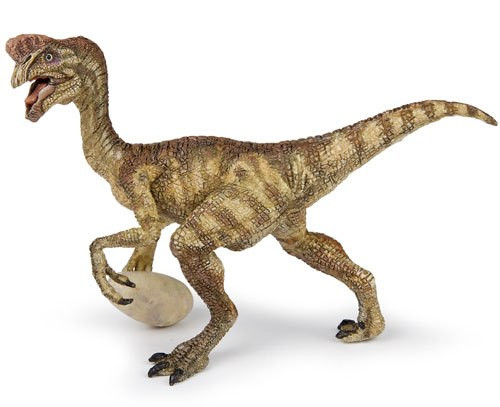 This beautifully painted and strikingly detailed rendition of the Oviraptor is the latest dinosaur to join Papo's prehistoric line.  This 11 centimeter long figure shows the animal clutching an egg, possibly as a nod to the animal's original name, meaning "egg-thief".  This creature may have fed on the eggs of other dinosaurs; however, a famous fossil find revealed an Oviraptor not stalking the nest of its prey, but lingering near its own.  Unlike most modern reconstructions, this version by Papo is "bald" and bears no feathery integument. This figure was released in 2010, and discontinued in 2018.