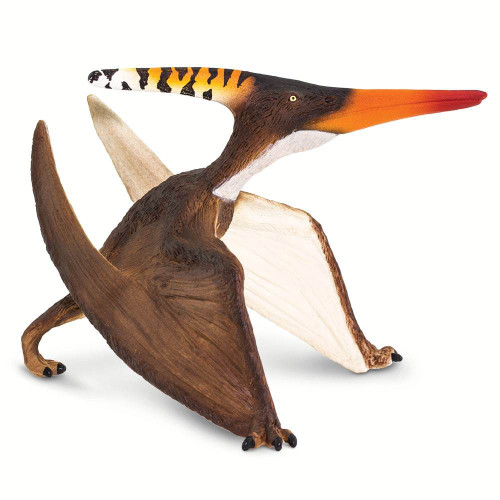 Pteranodon’s distinctive crest actually varied greatly in size among the known specimens, leading scientists to believe that it likely was used for display, rather than any practical function. It was once believed that the crest served as a rudder during flight, since larger examples of the crest were pointed and blade-like. However, others were much smaller, and may represent a difference between old and young Pteranodons, or males and females. A similar related species (known as Pteranodon sternbergi or Geosternbergia) features a much more flattened crest than P. longiceps.