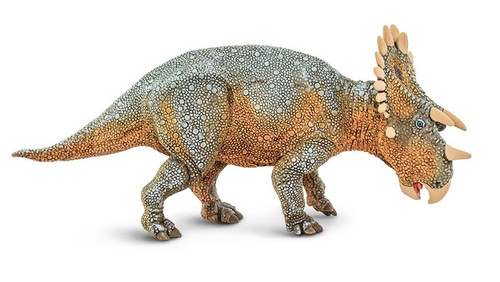 The skull of Regaliceratops was found by Peter Hews, a geologist, in an Alberta river in 2005. The species was not named and described until 2015. The skull now resides in the Royal Tyrell Museum in Alberta. It is nearly complete, though slightly deformed, and it shows off the animal’s namesake ("Royal Horned Face") very well. Based on this skull compared with other similar ceratopsian animals, it’s believed Regaliceratops could reach lengths of up to 16 feet long.