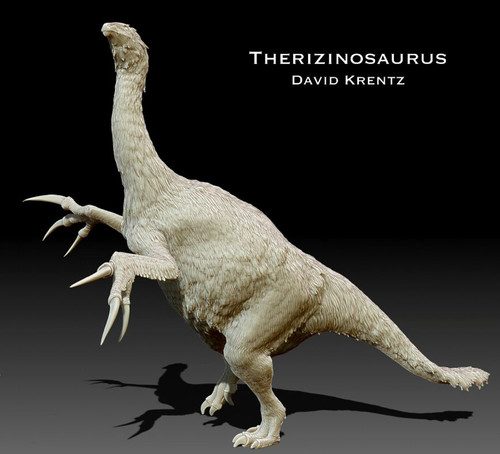 World-renowned paleoartist David Krentz, whose work can be seen in Disney' Dinosaur, Discovery's Dinosaur Revolution, and the Walking With Dinosaurs 3D movie, released this 1:40 scale model Therizinosaurus in 2014. David crafted the figure as a three dimensional computer model, allowing the integration of massive surface textures and tremendous detail. The model is then "printed" as a physical piece, and cast in resin for all to enjoy.