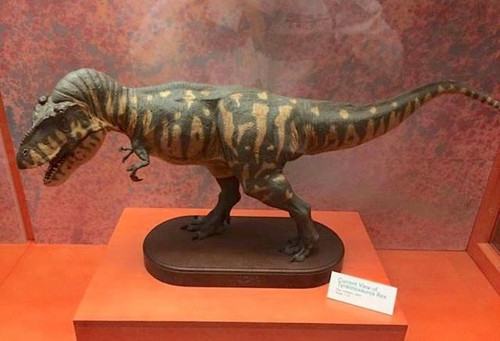 Dan LoRusso sculpted this enormous reconstruction of the tyrant king. This massive model was used as the maquette for LoRusso's lifesize model for the Boston Museum of Science. As such, it contains a tremendous level of detail. The model was reissued in 2014, roto-casted to reduce its overall weight by over 50%.