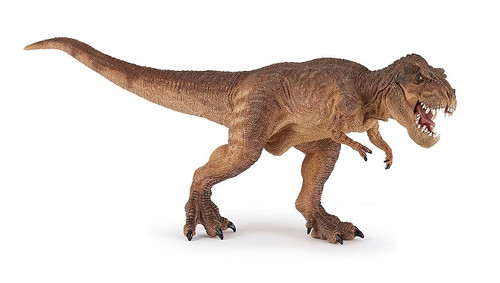 Papo released their original "Running Tyrannosaurus" model in 2012. This model had an articulated jaw and "snaggle toothed" appearance inspired by the fictional "V-Rex" in the 2005 feature film "King Kong". Limited quantities were released in brown, while the vast majority had a green color scheme. In 2016, a mulitcored purple version was also released. This 2019 brown version offers a collectors a chance to own the coveted and rare version of this popular model.