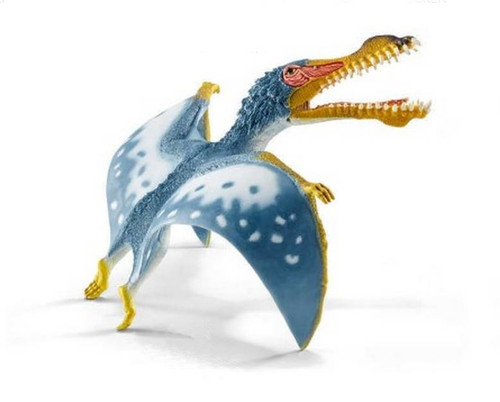 Schleich released this Anhanguera model in 2015. The Anhanguera was a pterosaur with a wingspan of up to 4 metres. Its body, however, was only slightly more than 20 centimetres long. Its most striking feature was the elongated skull and its crocodile-like mouth was filled with long teeth. The name Anhanguera means "old devil" in the language of the Indians.

Featured articulated jaw that can be open and shut.