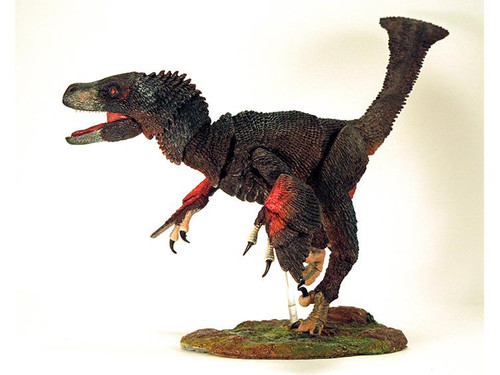 Atrociraptor by Beasts of the Mesozoic

Atrociraptor marshalli (savage plunderer) - Little is known of the mysterious Atrociraptor. Only fragments of the skull and teeth exist for this animal, but from just these fossils, we know that Atrociraptor had a very strong bite, with a skull deeper than most dromeaosaurs and larger teeth and biting muscles. Because of these adaptions, it's believed that this species relied much more heavily on its bite than its claws. This raptor lived in forested flood plains and swampy areas; its remains were found in SW Canada.