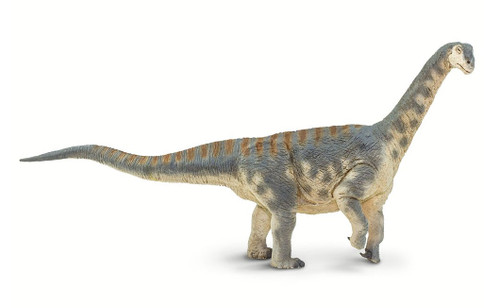 Though Camarasaurus was first discovered and named in the late 1870s, a complete skeleton would not be discovered until 1925. Since then, many complete skeletons have been uncovered, which is rare for sauropods, whose skulls are fragile and normally destroyed before fossilization can happen. Camarasaurus has a skull that is quite distinctive among sauropod dinosaurs, in that it is deep and blunted. Many sauropod skulls, such as those of Diplodocus or Apatosaurus, are known to be longer and narrower.

Camarsaurus remains are frequently found in a location called the Morrison Foundation, alongside popular and iconic dinosaurs like Apatosaurus and Stegosaurus. It was likely preyed upon by predatory theropods including Ceratosaurus and Allosaurus.