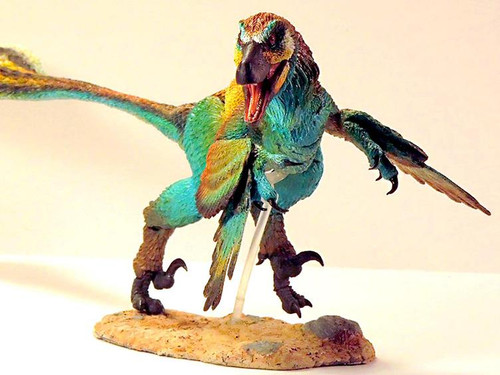 Linheraptor by Beasts of the Mesozoic

Linheraptor exquisitus (Linhe Robber) - Known from a single, nearly complete skeleton, Linheraptor was an agile hunter of the desert much like the closely related, Tsaagan, relying heavily on its sickle claw and speed to track down prey. Linheraptor is named after the district where its remains were discovered. This figure will be approximately 12" long x 5" tall having 26 points of articulation and will include a base, posing rod, and interchangeable closed running toes