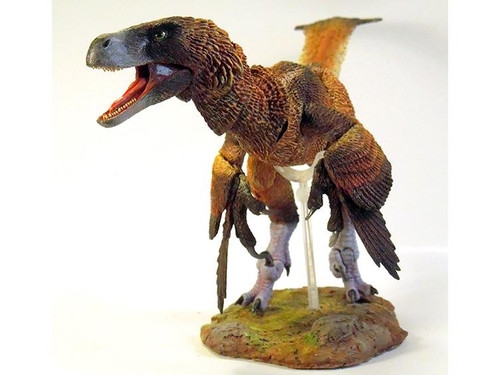 Pyroraptor (Original version) by Beasts of the Mesozoic

Pyroraptor olympius (Fire Thief of Olympus) - The only Pyroraptor specimen consists of incomplete remains including distinctive foot claws, fossilized teeth, arm and back bones. It gets its name because its remains were discovered after a forest fire in southern France. This figure will be approximately 12" long x 5" tall having 26 points of articulation and will include a base, posing rod, and interchangeable closed running toes.