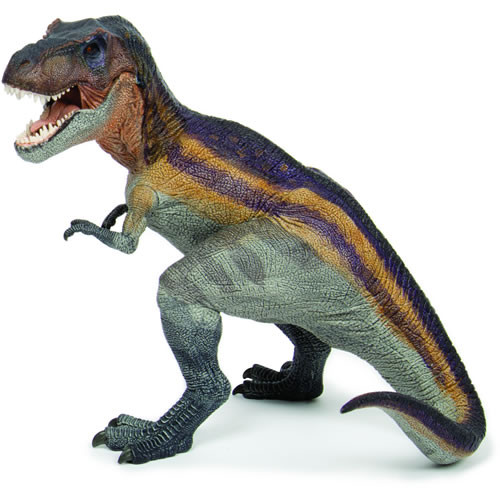 Papo's immensely successful figure of the Tyrannosaurus, based on the movie monster seen in Jurassic Park, was first released in 2005. The original version was painted in green, with a brown version replacing it in 2012. However, this multicolored version was released as a special limited edition toward the end of 2015. Like its Velociraptor counterpart, this version features golden lateral streaks across the body, with a predominantly purple skin color. The jaw is articulated for additional playability.